On January 8, 2018, the international geomorphic community lost an outstanding scientist-Professor Peng Hua, who was the Chairman of the IAG Red Beds and Danxia Geomorphology Working Group, and also a beloved teacher at Sun Yat-sen University, China. We reproduce below his obituary written by Pan Zhixin, Hainan University, China. 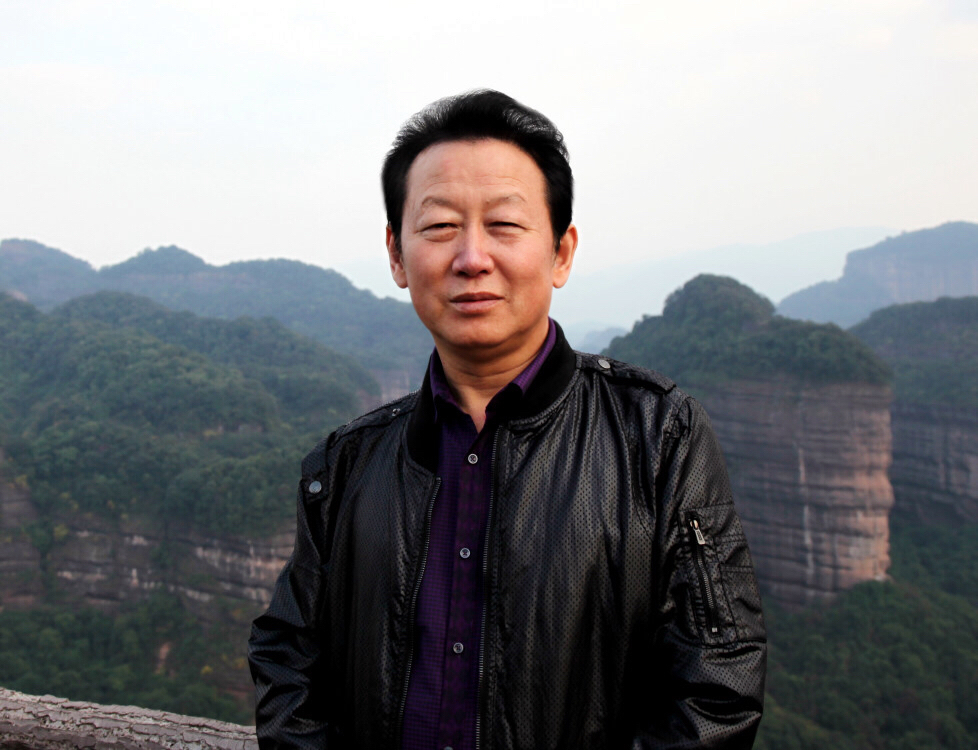 Peng Hua was born in Dangshan, Anhui Province, China on January 2, 1956. After finishing his study of physical geography at Anhui Normal University in 1982, he began his career as a teacher in a local college and held that post for the next ten years. Then, in 1992, he moved to Mt. Danxiashan, the place where the name of Danxia landform was from, to work as a science consultant. During his stay at Mt. Danxiashan, Peng Hua started his lifelong study of Danxia landform, an erosional landscape developed on horizontally bedded sandstones and conglomerates and featured by steep cliffs. In 1995, he was transferred to work in the School of Geography and Planning at Sun Yat-sen University, Guangdong Province, and kept his deep passion for Danxia research.

Peng Hua was the principal researcher in numerous projects, including three major NSFC (Natural Science Foundation of China) funded national projects, which focused on the development mechanisms of Danxia landform and soil degradation processes in red bed areas of southern China. In addition, he worked as a coordinator of an international project focused on landslide hazards in Danxia landform sites with colleagues from Slovakia. During his research and teaching life, Peng Hua published more than 100 scientific publications, including papers in Chinese and international journals, books, and proceedings, which aroused great interest from many peers and encouraged them to join Danxia research.

Peng Hua was also very successful in building connections with colleagues in and outside China. During the past ten years, he initiated and organized three international conferences and at least five national meetings on Danxia landform research. With joint efforts from him and international colleagues, the Danxia Geomorphology Working Group was established under the IAG umbrella in 2009 and it has been active since. He has consistently demonstrated his leadership by impressive activities and achievements made by this working group. Furthermore, Peng Hua was very kind to young geomorphologists. He provided many opportunities for his students and foreign students to participate in conferences in China and abroad, supporting them to do the first international comparative study of Danxia landform in China and similar landscapes in the USA.

Apart from excellent research, Peng Hua showed great interest in the UNESCO World Heritage application of Danxia landform. Thanks to his work, six sites with the most spectacular Danxia landscapes in China were jointly awarded as the World Natural Heritage “China Danxia” in August, 2010. Since then, he spent a lot of time on popularization of geoscientific knowledge about Danxia landform by giving lectures at schools and universities every year, making Danxia landform a well-known term in Chinese society.

As one of leading Chinese geomorphologists, the premature departure of Peng Hua is a great loss for the geoscientific community. We believe the best obituary for him is to continue Danxia landform research and disseminate our findings to the world and future generations. His spirit will be with us and his contribution will never be forgotten.