The IAG provided auspices for the 16th East Eurasia International Workshop. The workshop and field excursion to Khangai Region were successfully and fruitfully finished during 16-20 September  2019 in Mongolia. 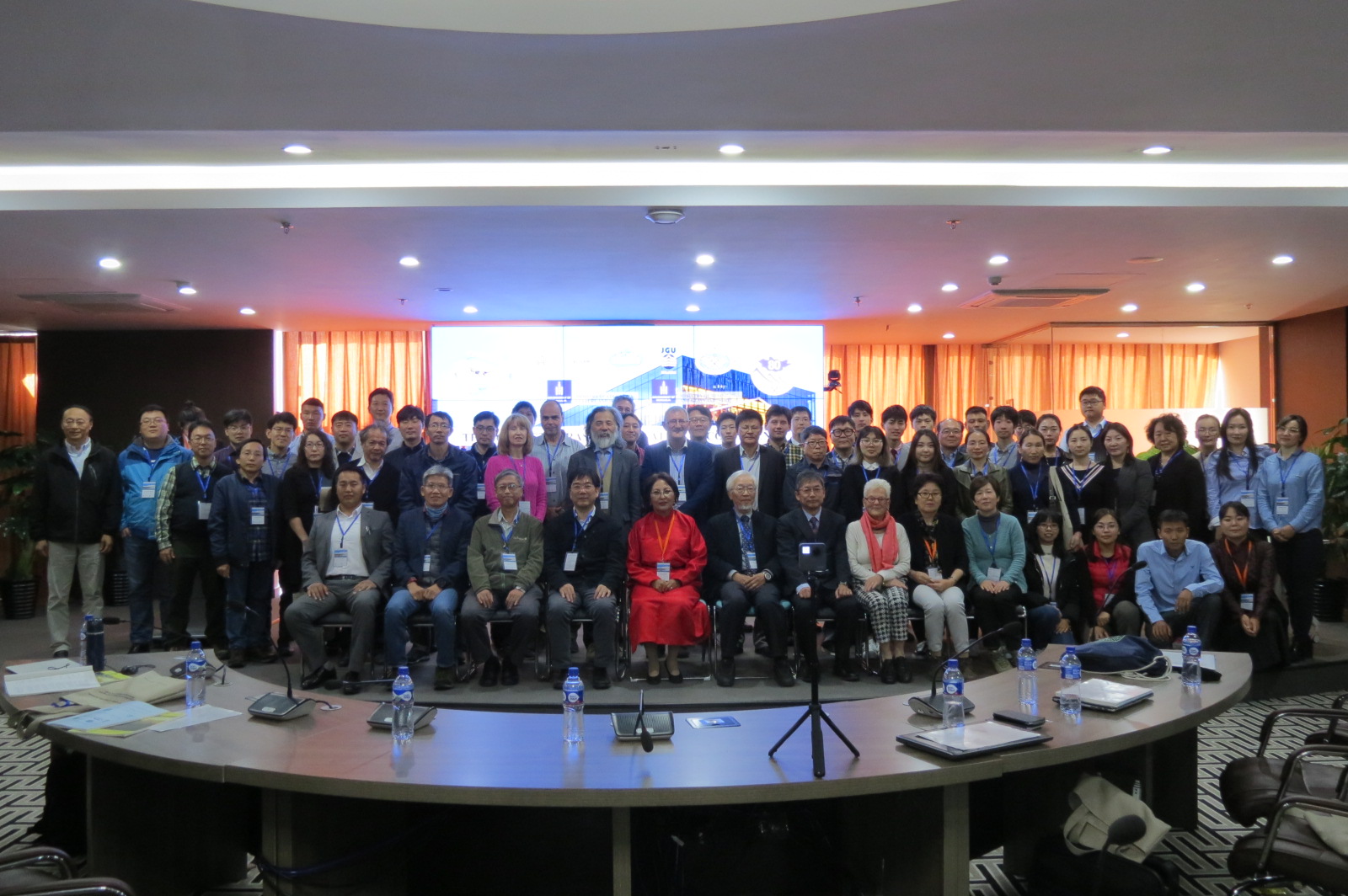 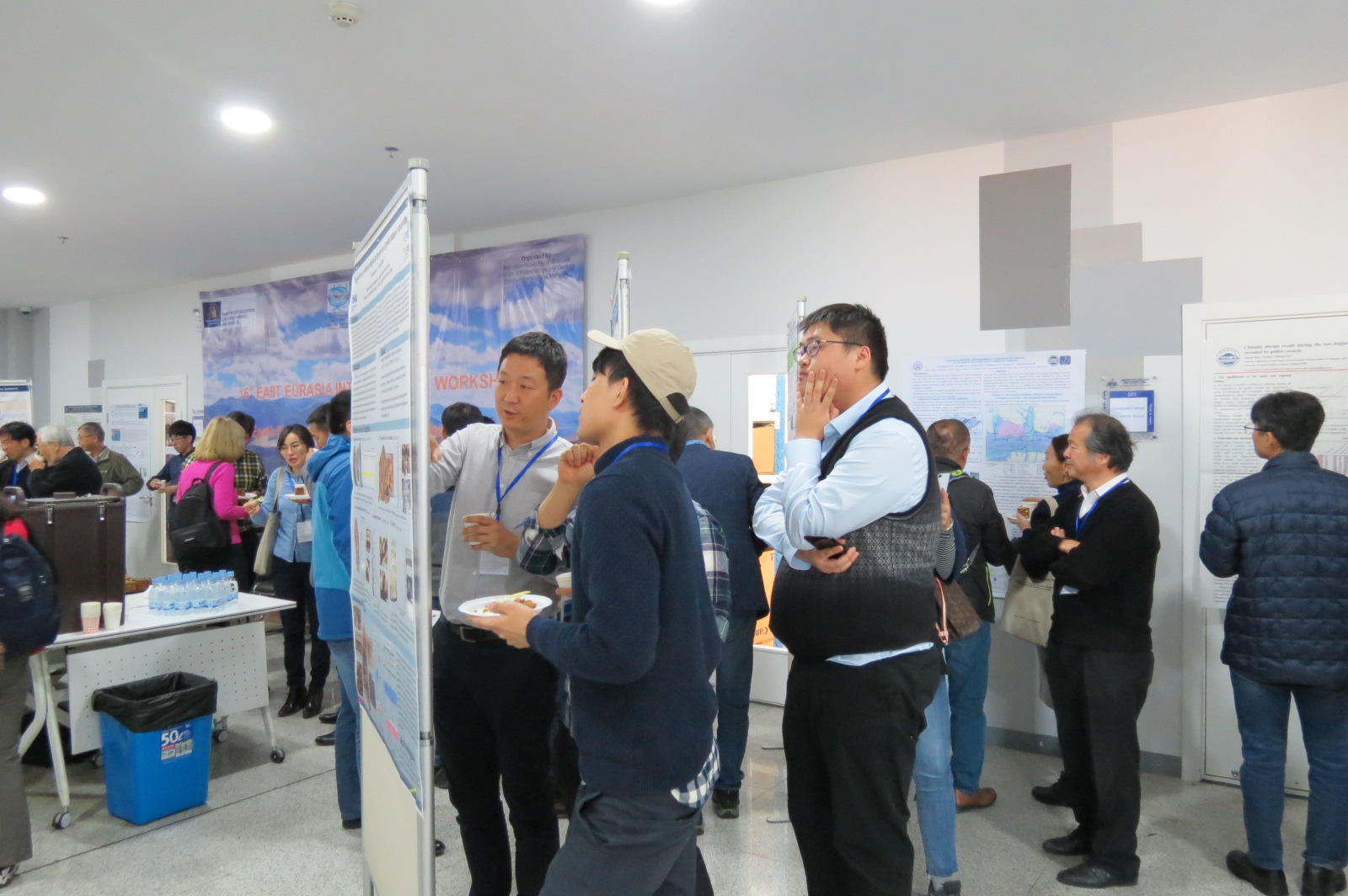 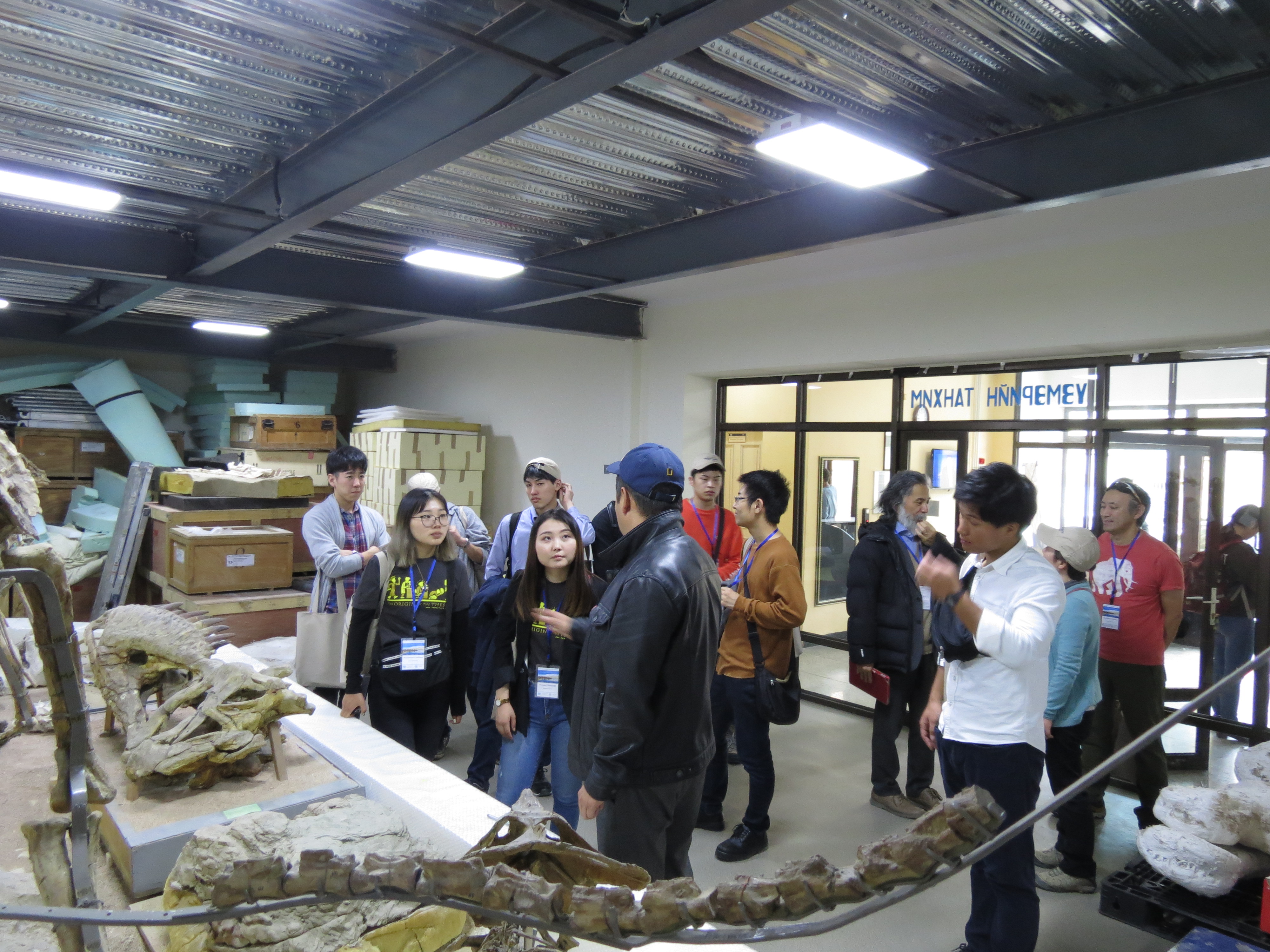 In the Khangai regions field excursion, 55 persons including guides and staffs of Institute Paleontology and Geology, and NMU were Khangai regions of Late Paleozoic to Early Mesozoic granite and granodiorite plutons. Late Cenozoic numerous high potassium alkaline basaltic provinces (e.g., Khangai, OrkhonSelenge and Tariat-Chuluut) which covered by the unconsolidated Quaternary sediments are distributed throughout the Khangai Region. We visited to Elsen Tasarkhai sand dune. Elsen tasarkhai is a part of the Ikh Mongol sand dunes, which stretches along the Tuv, Uvurkhangai and Bulgan provinces. The sand dunes are totally 80 km long and about 5 km wide. The main road separates this sand dune into two parts, Mongol Els on the south and Khugnu Tarnyn Els on the north. Also we were in Kharkhorin soum.  Erdenezuu monastery is the oldest Buddhist monastery in Mongolia, which is located in the Kharkhorin soum, Uvurkhangai province.

The Chuluut Lava River (The Tariat volcanic field (55 km x ~ 12 km) is situated in the uplifted region on the northern slopes of the Khangai mountainous region. It includes basaltic lava flows in the Tariat graben and in adjacent river valleys (Chuluut and Suman) as well as a number of eruption centers (Khorgo, Shavariin Tsaram and Tsagaan). Volcanic activity started there in the Late Miocene with basaltic flows filling topographic lows, and continued until a few thousand years ago (Yarmolyuk et al., 2008). 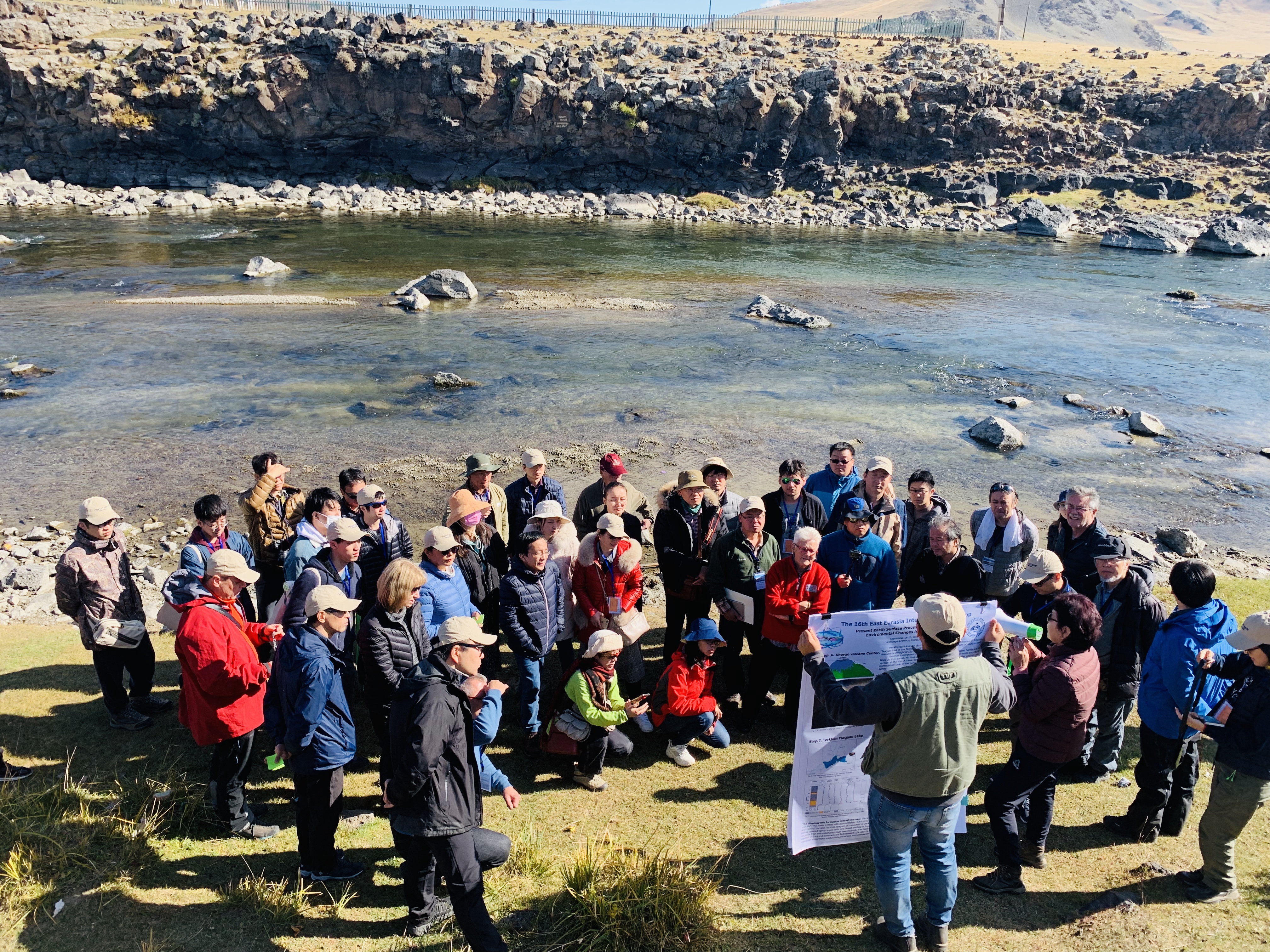 Khorgo volcano. Tariat soum, Arkhangai province. The Khorgo Volcano is a dormant volcano located on the eastern shore of Terkhiin Tsagaan Lake in the Tariat volcanic field. The volcano Khorgo has a dimension of 1200 m base diameter and a height of 120 m. On top of the cone sits a 180 m wide crater. The cone is composed of cinders, agglutinates, and bombs. Some bombs are as large as 6 m across. No lava is found within the crater. The Khorgo volcanic cone is partially filled with lava. A few large bombs have rolled down into the lateral crater from the slope of the central volcanic cone. Near the lateral crater is a lava dome, some of which has propagated onto the crater slope (Chuvashova et al., 2007). 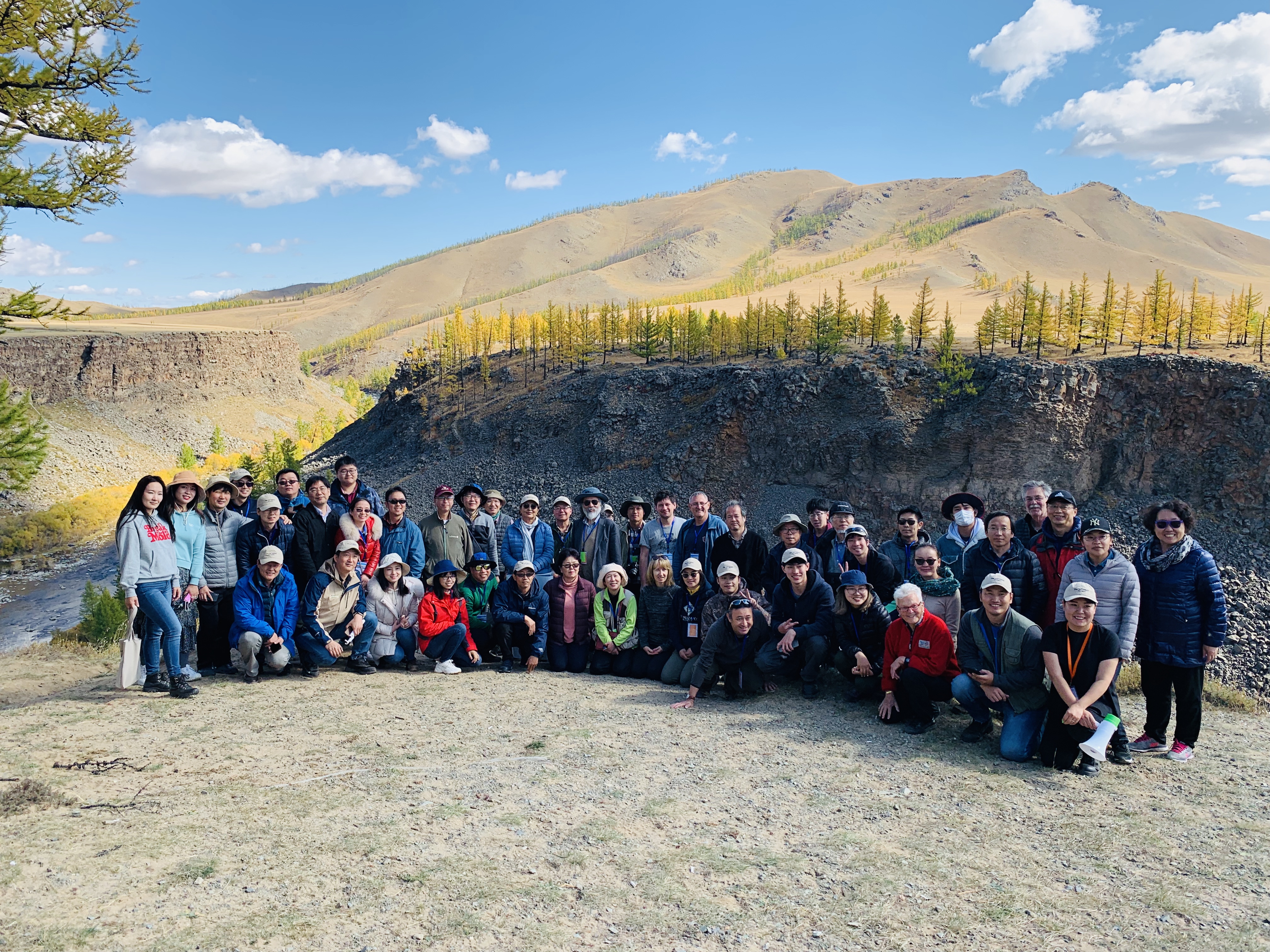 It was really nice meeting and field excursion for participants of EEIW. The contribution and support of the IAG in this event was sincerely appreciated.