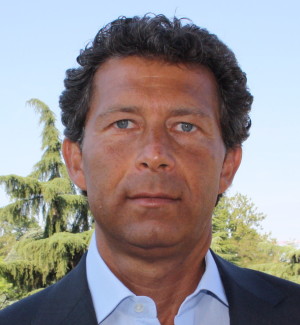 Mauro SOLDATI is the President of the International Association of Geomorphologists (IAG) for the term 2017-2022. He has served the IAG from 2001 to 2013 as co-opted Executive Member with responsibility on the IAG Training Programme and as Vice-President and Training Officer between 2013 and 2017. During this period, he coordinated and managed the awarding of 170 Young Geomorphologists, mostly from less favoured countries, with grants which favoured their participation in international conferences and workshops, intensive courses and summer schools.

He is currently Full Professor of Geomorphology at the Department of Chemical and Geological Science of the University of Modena and Reggio Emilia (Italy). He is also Member of the Academic Senate of the same university and Director of a Specialization Course on ‘Territorial, Environmental and Sanitary Emergencies’ (EmTASK). He is part of the Council board of the PhD Programme of “Models and Methods for Material and Environmental Sciences” the University of Modena and Reggio Emilia, and has been main supervisor of 14 PhD theses in geomorphology.

Recently, he has been lecturer at the UNESCO Training Workshop on Disaster Risk Management and Preparedness (Valletta, Malta, 2015) and at the IAG-EGU Intensive Course on ‘Geomorphology Field Training in tectonically active mountain regions’ (Derhadun, India, 2017) held in occasion of the 9th International Conference of Geomorphology.

He carries out pure and applied research activity in the field of geomorphology, with special attention to geomorphological survey and mapping, slope instability and climate change, mountain and coastal hazards and geoheritage. The investigations have mainly been carried out in the Italian Dolomites, in the Northern Apennines and in the Maltese archipelago. He has participated in numerous national and international research projects, and coordinated a number of them.

Since 2009 he has been PI of research projects funded by the EUR-OPA Major Hazards Agreement of the Council of Europe within the activities of the European Center on Geomorphological Hazards (CERG) and of the Euro-Mediterranean Centre on Insular Coastal Dynamics (ICoD). The research dealt with coastal risks with special attention to landslides, including submarine ones. Recently, he has also been part of a research unit responsible for a national project on the “Dynamics of geomorphological systems as a response to global changes and induced geomorphological risks” (2013-15).

He has also been co-editor of the book on ‘Landscapes and Landforms of Italy’ (Springer, 2017) as part of the IAG-endorsed series ‘World Geomorphological Landscapes’.