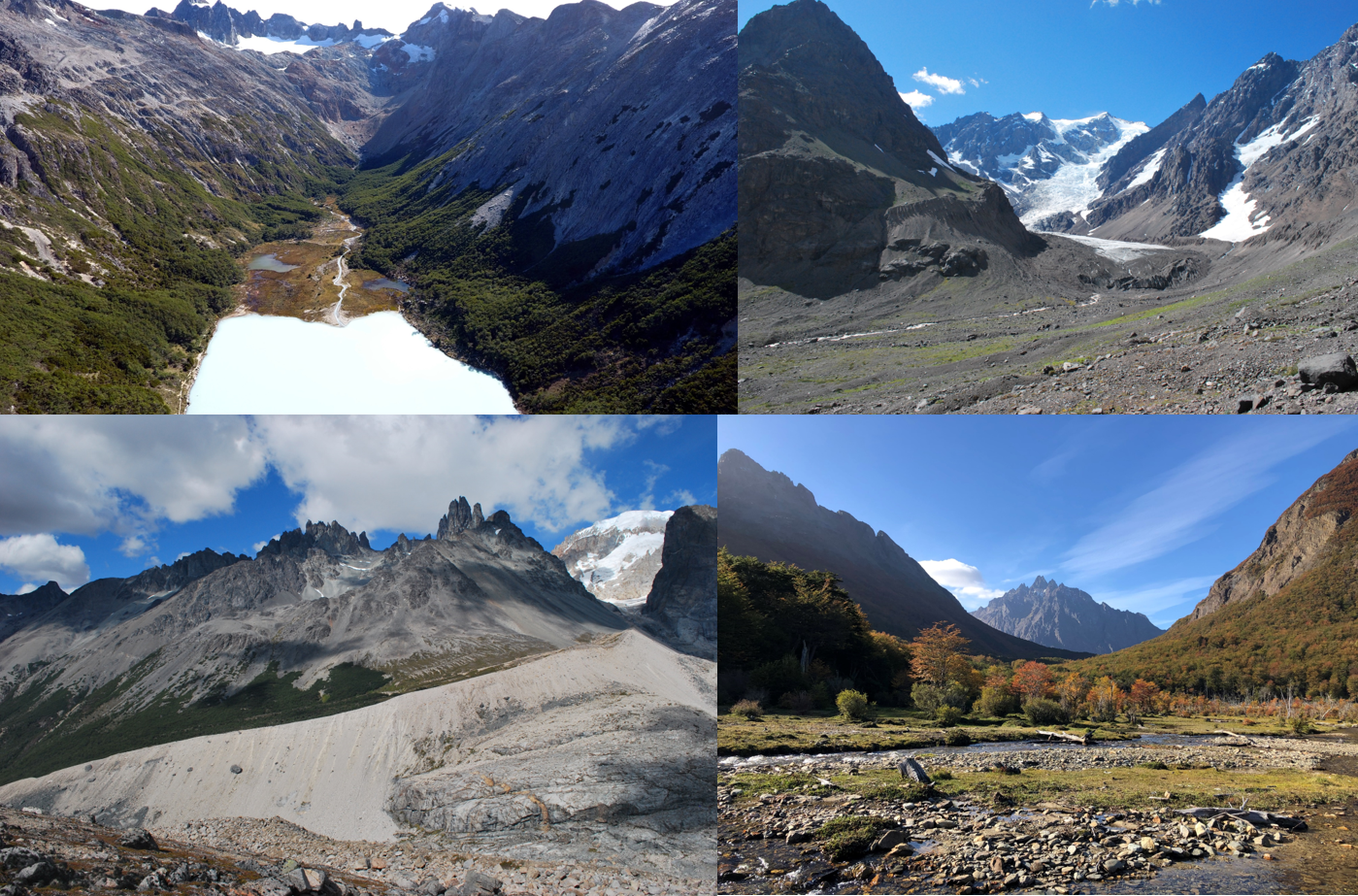 The Andean Cordillera results from subduction of the Nazca and Antarctic oceanic plates below South America forming a >7, 500 km long morphologically continuous mountain chain along the western margin of South America, from the Caribbean in the north to Cape Horn in the south. Several endogenous and superficial processes occurred during the beginning of the Andean chain as can be observed today.
Endogenous processes contribute to vertical and horizontal motions and lead to subsidence, uplift, volcanism, faulting and folding to create several landforms. On the contrary, the exogenous are mainly influenced by different climatic conditions in the western and eastern slopes, and along its latitudinal extent.
Geomorphologic process which occurs in the Central and Southern Andean slopes is being investigated by several groups of Argentina and Chile. Many neotectonic settings located along the Central and Southern Andes, in the foreland-facing Andean Thrust Front, represent potential crustal seismogenic sources. This fact has led to different approaches for mapping and inventory these hazardous structures, although in most cases, their ability to generate earthquakes is still uncertain. Volcanic processes have played a key role in shaping the landscape of the Andes and actually represent one of the more important natural hazards. Furthermore, the presence of glaciers in active volcanic areas imprints several particular characteristics to the volcanic and glacial landscape. Present glacial and periglacial processes studies are focused on the impact of the climatic change and mining over them, but glacial and periglacial geomorphology is approached for the understanding of cold-warm periods during the Quaternary. Mass-wasting processes are frequent in several regions affecting anthropic activities as well as fluvial erosion caused by intensive precipitations. Although some groups are starting its research, the karstic landscapes are still poorly known and deserves some impulse. Aeolian erosion and depositional landform and processes are quite important in the arid Andes located under the influence of high-pressure atmospheric systems or at leeward slopes. According to the soil parent material, soil evolution degree, and soil diagnostic characteristics, the Orders Andisols, Mollisols, Entisols, and Inceptisols are well developed in the Andean Cordillera, whereas the Alfisols, Histosols, and Spodosols appear as subordinate in specific sites.
The advance of the research is being dispersedly presented and discussed in the Argentine and Chilean Geological Congress, in the Argentine Quaternary and Geomorphological Congress, in the Chilean Society of Geomorphology meeting, and other Earth-Sciences and Geography national meetings. The possibility to discuss new knowledge in a proper meeting not only will improve the specific research but also will promote new projects and collaborations among different groups and countries integrating the Latin-American. Besides, the participation of Young Geomorphologists in this Working Group will strengthen the discipline development in the future. The understanding of differences in the present geomorphological processes in both sides of the cordillera, and along the different latitudinal zones will contribute to interpret past processes which influenced the present landscape.
The Argentine Association of Quaternary and Geomorphology (AACyG) and the Chilean Society of Geomorphology (SChG) are willing to promote this Working Group under the statutory aims of the International Association of Geomorphologists and to call interested colleagues and students from the region.

2. Scientific Aims of the Group

The principal aims of our activity will be:

a. To recognize, describe, explain, and compare geomorphic processes, and its controlling factors, occurring in both sides of the Andean Cordillera, South America, both in the past and the present,
b. To produce geomorphological cartography and scientific information to be applied to research, education, and land-use planning,
c. To join young and experienced mountain geomorphologists from different Latin American countries,
d. To develop academic activities such as webinars, seminars, field-meetings, post-graduate courses and publications in special issues of recognized journals,
e. To develop public activities such as training courses and science-dissemination activities and publications to be devoted to educators and learners and to governments and decision makers.
f. To incorporate aspects of geomorphological knowledge, particularly reconstructions of past climate changes, for the understanding of current climate change and its consequences