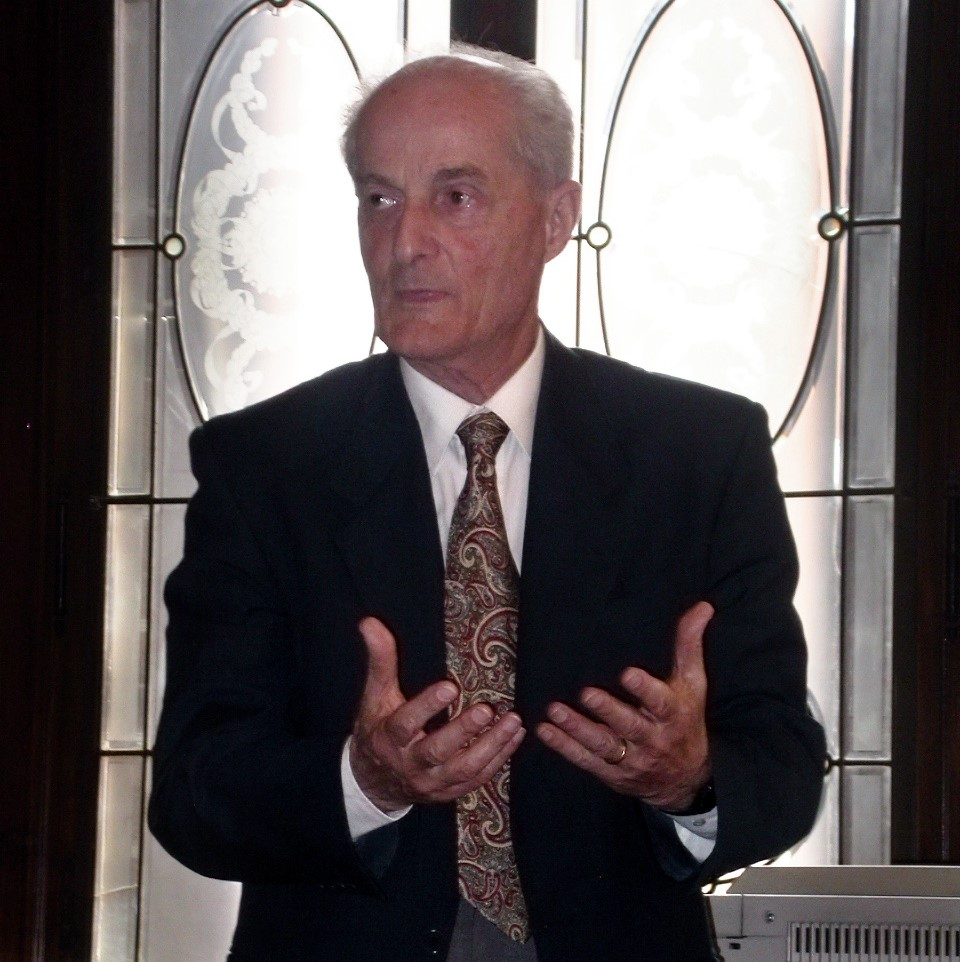 The eminent Italian geomorphologist Giovanni Battista Castiglioni passed away on May 10th, 2018. A great person was lost by family, friends and colleagues, and marks a very sad day for the geomorphological and geographical community. A rigorous and innovative scientist, during his long and productive career, G.B. Castiglioni was a bright example for his numerous students and a constant reference for many physical geographers and geomorphologists that collaborated with him, or simply knew him through his scientific publications.

G.B. Castiglioni followed the footsteps of his father Bruno, geographer at the Faculty of Science in Padova, and from the family, in particular from his uncle Ettore, he inherited the passion for mountains and exploration. He obtained a degree in Geological Sciences at the University of Padova in 1953 and his mentor in the field of physical geography was Giuseppe Morandini. He started his academic career in 1954 as Assistant Professor at the University of Padova and became Full Professor in the School of Mathematical, Physical and Natural Sciences and the School of Letters and Philosophy of the universities of Catania and Padova. He taught physical geography and geomorphology in Padova until 2002. He was the Head of the Department of Geography of the University of Padova for almost a decade, and member of the Istituto Veneto di Scienze Lettere ed Arti of Venice and the Accademia Galileiana di Scienze Lettere ed Arti of Padova. He was also corresponding member of the Austrian Academy of Science of Vienna and of the Academy of Science of Torino. He chaired the Italian Glaciological Committee and, due to his commitment to scientific research, was later nominated Honorary Fellow of this Committee as well as of the AIGeo – Associazione Italiana di Geografia fisica e Geomorfologia.

The research of G.B. Castiglioni mainly concerned the geomorphology of the Alps and the Po Plain, but he also carried out several studies of regional geography on the Iranian Balucistan and the rural landscapes of Veneto, Trentino and South Tyrol. His early activity almost exclusively focused on Alpine glacial geomorphology, Quaternary geology, slope and karst processes and natural hazards. He devoted a great effort to geomorphological mapping. Of note was his activity as member of the working group of the International Geographical Union for the Geomorphological Map of Europe at scale 1:2,500,000, and his contribution to the Atlante tematico d’Italia edited by the Italian Touring Club and the Italian Research Council (C.N.R.). One of his major commitments was the coordination of the Geomorphological Map of the Po Plain at a scale of 1:250,000, that he presented at the 4th International Conference on Geomorphology held in Bologna in 1997.

The scientific production of G.B. Castiglioni consists of more than a hundred high-level research papers and several others minor writings such as conference proceedings, book reviews and reports. His full list of publications up to 2005 can be found in the volume dedicated to him as Supplement VII of the journal Geografia Fisica e Dinamica Quaternaria. A highlight of this collection is his handbook Geomorfologia (UTET, 1979), an outstanding treatise that critically reviewed and synthesized international geomorphological theories and practice for Italian students and scholars.

G.B. Castiglioni was a man of few words and deep thoughts, profoundly affectionate to his family and his work, reserved but capable of warmly involving students and collaborators in his passion for geomorphology and geography. He was always kind and attentive to  other people’s needs, but working with him was not easy, as he demanded absolute dedication to research. He was an outstanding point of reference, because of his very sound scientific approach, his determination in facing tricky research questions, and his vast knowledge of the international scientific literature. Always open to new ideas, he enjoyed discussing with young researchers, PhD students and early-career scientists, to whom he gladly and continuously dedicated his time and attention.

The work and life of G.B. Castiglioni was commemorated during the Summer Meeting of the Italian Glaciological Committee in June 2018 and the Spring Meeting of AIGeo – Associazione Italiana di Geografia fisica e Geomorfologia in March 2019.